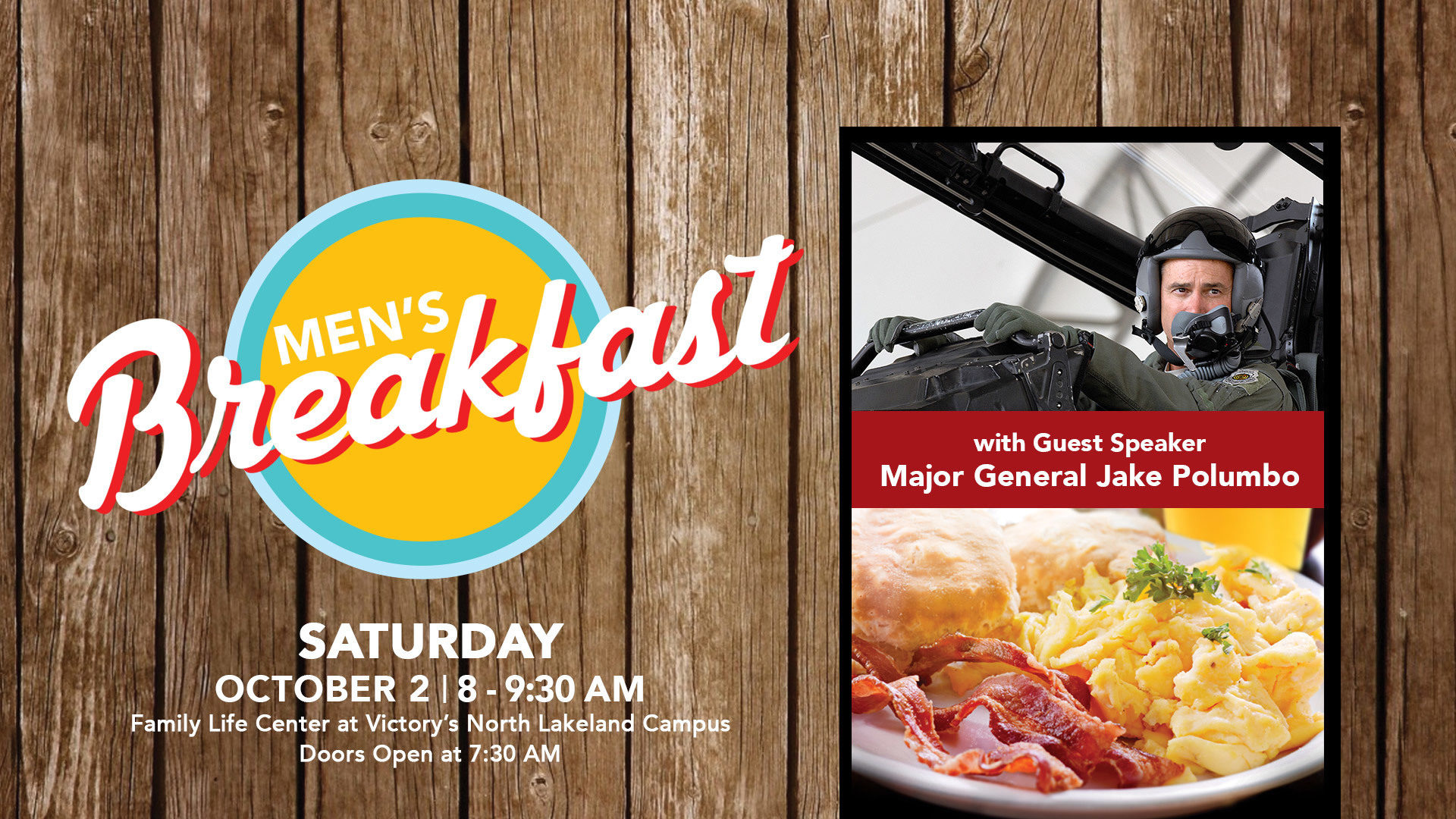 All men of Victory are invited to join us for the next Men's Breakfast, happening on Saturday, October 2, at 8 AM, in the Family Life Center at Victory's North Campus. For only $9, you'll enjoy a full southern breakfast and a message from our special guest Major General Jake Polumbo.

General Polumbo served as a decorated officer in the Air Force for 34 years, and, before he retired in 2015, he was the commander of eight active-duty wings, with more than 450 aircraft and over 29,000 personnel. Jake also served as the Director of Strategy and Plans at the U.S. Africa Command, was the Assistant Deputy Director for Global Operations on the Joint Staff in the Pentagon, and was a task commander in Afghanistan in 2012. His incredible life experiences, and his faith, will inspire you to follow God's best plan for your life.

Purchase your $9 ticket at the lobby table, before or after service, and don't forget to pick up an extra ticket, or two, to give away!